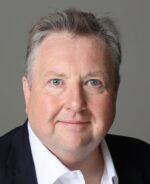 Gareth N. Genner is the CEO, Co-Founder and Group General Counsel, of Trust Stamp, a developer of AI-powered software focused upon trust and identity authentication.

Over six-years, Trust Stamp has grown from a 2-person startup to a 90+ team-member, publicly traded scale-up with offices in seven countries and four continents serving a broad range of clients from an international NGO fighting human trafficking to the United States Department of Homeland Security, an S&P500 Bank and Mastercard International.

Gareth is a UK lawyer by profession with graduate legal qualifications including a Diploma in European Community Law and a US LLM in Taxation and Financial Services Regulation.

Gareth has also pursued a wide range of technology focused programs including Leading Edge Technology at Stanford University, and Blockchain Technology through the State University of New York. Gareth has three issued technology patents with several more pending with the US Patent Office