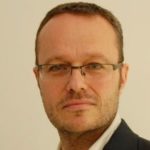 Jon Bernstein is an award-winning journalist, editor and event moderator. He was deputy editor, then digital director, at the New Statesman; multimedia editor at Channel 4 News; ran the Channel 4 FactCheck website during the 2005 general election; and was editor-in-chief of Directgov, working in the Cabinet Office’s eGovernment Unit. In 2011 he was named Website Editor of the Year by the British Society of Magazine Editors for Newstatesman.com. He spent his first ten years as a journalist working as a reporter and editor covering technology for a number of titles including PC Week and silicon.com. He moderates roundtables and panel discussions on a range of technology and policy subjects for New Statesman, Prospect Magazine and Computer Business Review among others.